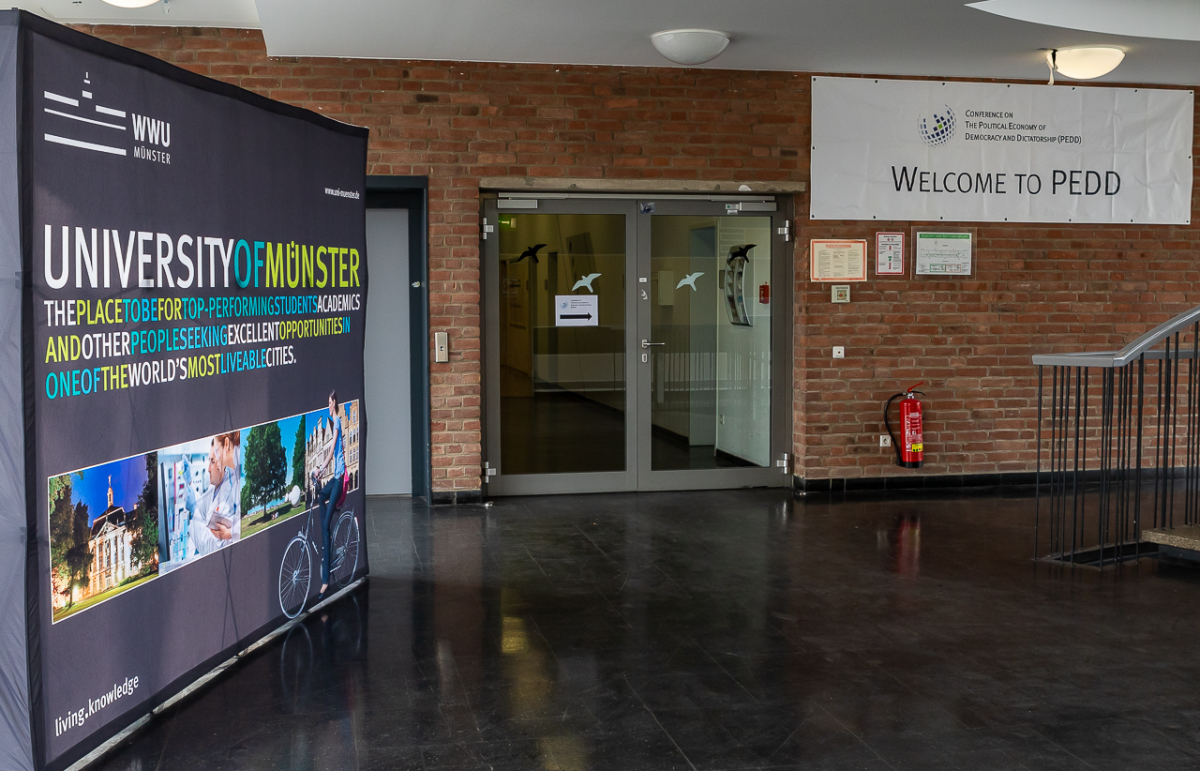 PEDD generally aims at promoting research and academic discourse on the origins, mechanisms and consequences of different types of political regimes. It seeks to produce new insights on the dynamics of transition processes from dictatorship to democracy and vice versa, on the relation between political regimes and economic prosperity as well as on the micro-structure of (in)stability of comparative political regimes. But foremost, bringing together scholars interested in interdisciplinary work on comparative political systems is at the heart of this event.

The 2019 conference provided a platform for animated discussions of 54 accepted papers in 19 parallel sessions, bringing together scholars interested in interdisciplinary work on comparative political systems from various countries.

The academic program was completed by two inspiring keynote lectures held by Martin Paldam (Åarhus University) and Timothy Besley (London School of Economics). The lectures gave important and novel insights on two highly relevant topics: the link between economic prosperity and democratic transition and the rise of identity politics in Western democracies.

Besides the academic program, many conference attendees got to know the city of Münster during the welcome reception on Thursday evening and continued the day’s discussion during a conference dinner on Friday evening.

The detailed conference program can be found here.