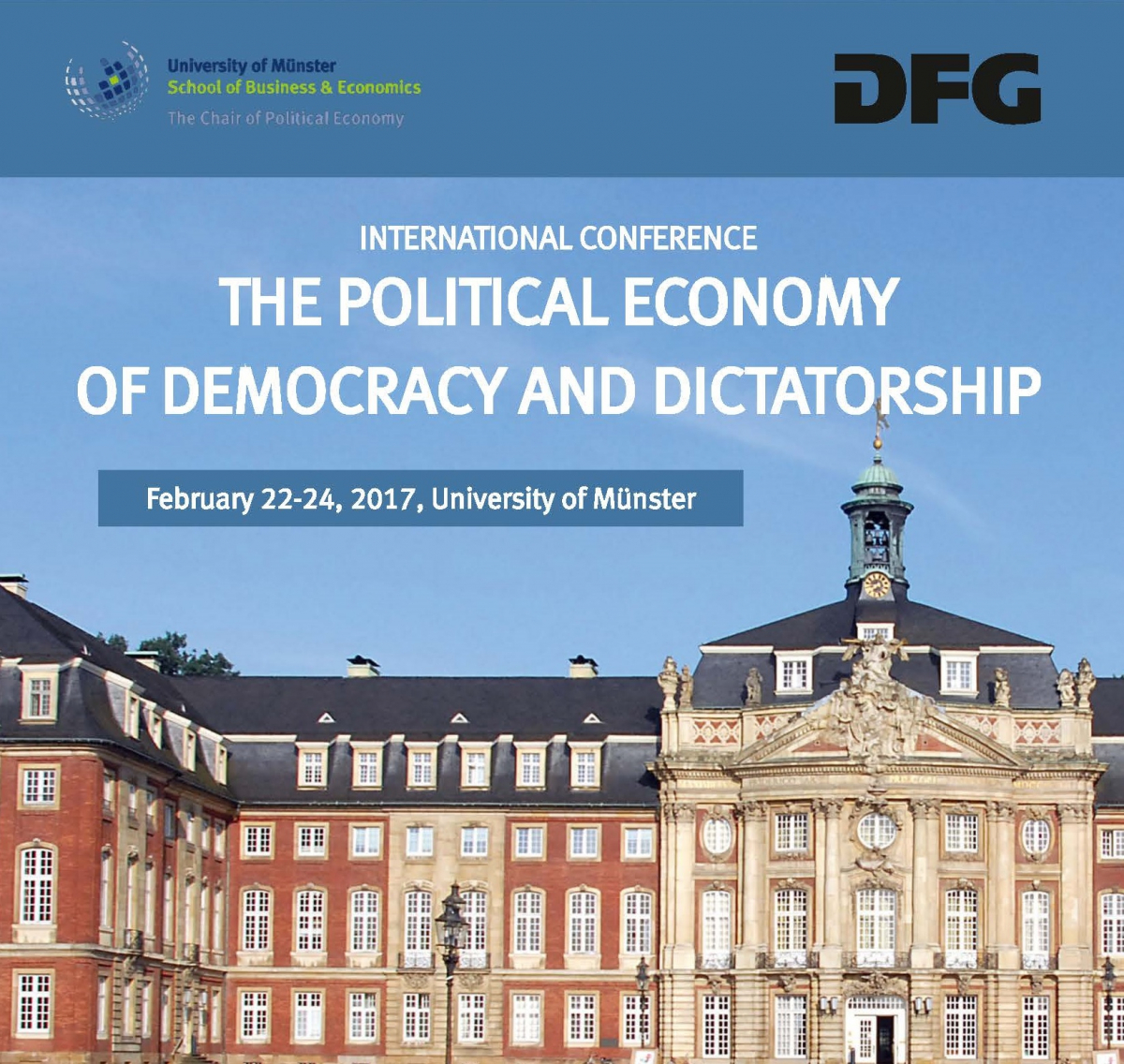 The conference addressed the origin and prospects of democracy and dictatorship, policy control and governance structures in comparative political systems and transition processes from dictatorship to democracy and vice versa. It provided a platform for animated discussion and reflection bringing together scholars from roughly 20 different countries. Parallel sessions were devoted to 18 specific topics including political outcomes in democracies and autocracies, accountability in autocracies and determinants of institutional quality among others.

Four inspiring keynote lectures completed the academic program. In that respect, we had the pleasure to host Toke Aidt (Cambridge University), Sabine Carey (Mannheim University), Barry Weingast (Stanford University) and Ronald Wintrobe (Western University) as our keynote speakers. The keynote lectures were open to the general public and many members of the university community made use of the opportunity to join the discussion.

Besides the academic program, many conference attendees got to know the city of Münster during a guided city tour and continued the day’s discussion during a conference dinner on Thursday evening.

An overview of the program can be found here.